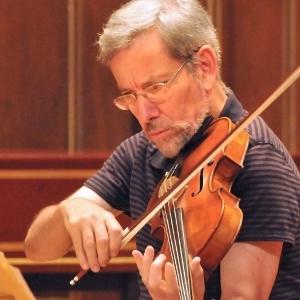 Violinist, violist and conductor Paul Biss has appeared in recital, with orchestra, and in chamber music performances throughout North America, Mexico, Europe, Israel, and Korea.

Biss has participated in numerous festivals as a violinist and as a violist. He was a member of the Berkshire Quartet, and was a participant at the Marlboro Music Festival for six summers. He has also appeared at other festivals such as the Ravinia, La Jolla, Lockenhaus, Casals, Naantali, and the Ysaye, at Wigmore Hall.

Prior to coming to NEC, Paul Biss was a professor of violin for more than 25 years at Indiana Unniversity, teaching violin and chamber music, and conducting more than a 100 symphonic and operatic performances.

His former students hold positions in major orchestras in the U.S. and Europe, and have won prizes in major international and national competitions including first prizes in the Sibelius, Leopold Mozart, and Stulberg competitions.

Recent concerts and teachings have taken Biss to Ireland, England, Brazil and Korea.