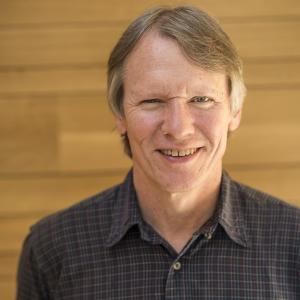 Patrick Keppel is chair of New England Conservatory's Liberal Arts and Graduate Languages departments and director of the NEC Writing & Learning Center. He has developed a two-semester course of actor training in improvisation and scene development for new actors, the NEC Drama Workshop, and has guided student productions of Ferdinand Bruckner's Pains of Youth and Neil Bell's Therese Raquin, and Sam Shepard’s Buried Child.

Keppel is also a playwright and writer of fiction. His plays have been presented at the Boston Playwrights' Theatre and the Huntington Theatre's Studio 210 (The Freeing of Mollie Steimer), the Boston University School for the Arts (A World Upon Waking and A Knock at Midnight), and the Isabella Stewart Gardner Museum (Mr. Jack). In 2008 he presented his short play Triangle about the 1911 Triangle shirtwaist factory fire and lectured on “Form and Content in ‘Activist’ Theatre” at the annual conference of the Association for Humanist Sociology in Boston. The Freeing of Mollie Steimer and Triangle have been archived by the Kheel Center for Labor Management at Cornell University.

In 2011, with the support of the Jim Henson Foundation, Keppel and composer Brad Kemp '02 created a multimedia (libretto, puppetry, and music) version of Triangle, which was performed in March 2011 at the Center for Performance Research in Brooklyn, N.Y., during the centennial of the Triangle fire. Keppel and Kemp were subsequently awarded a Henson Project Grant, resulting in a June 2013 residency and performance of Triangle at the Sandglass Theater in Putney, Vt. Triangle will be presented at NEC in January 2014 as part of NEC's Music: Truth to Power festival.

Stories from Keppel's collection of fiction, The Monologist, have appeared in The Literary Review, The Berkeley Fiction Review, Tamaqua, and the entire collection is featured on the web journal Web Del Sol. In 2004 his story "A Vectorial History of Leroy Pippin" was read by Eli Wallach at Symphony Space in New York as part of NPR's Selected Shorts program.

Keppel received the Sproat Award for Excellence in Teaching at Boston University.