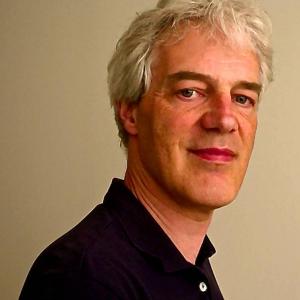 Matthias Truniger has been active as a music theorist, composer, and cellist in Europe and the Unites States. The bulk of his research has focused on problems of musical time and space and on the work of Elliott Carter. He also has a special interest in the evolution of contrapuntal theory and practice from 1725 up to the present.

Truniger has published articles in the journals Sonus and Beiträge zur forschungspolitischen Früherkennung, and presented lectures to the Swiss Conference of Music Analysis and the European Conference on Research Relevant to the Work of Music Academies. Besides teaching at NEC, he has been invited to conduct analysis workshops at the Lucerne Festival Academy, in collaboration with Pierre Boulez, and at the Conservatorio della Svizzera Italiana.

Truniger’s compositions have been performed to critical acclaim in venues such as Montpellier Festival, Lucerne Festival, Gaudeamus Competition, Merkin Hall, Curtis’s Field Concert Hall, NEC’s Jordan Hall, among others, and broadcast by Radio France, Radio DRS 2, Radio della Svizzera Italiana, and WPEA. He received a Jecklin Award and grants from the Dienemann and Pro Helvetia foundations.

As a cellist, Truniger was a member of the Lucerne Collegium Musicum orchestra and has performed with various chamber ensembles, as well as soloistically, in Switzerland and Boston.