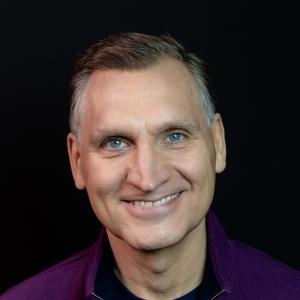 Mark Lee’s earliest musical training was rooted in the American sacred music traditions of the mid-western United States. These early experiences instilled in him a deep awareness of the importance of the human voice in expressing emotion and creativity, and of the tremendous power of the voice in communicating that which is both universal and ineffable. Formal music training followed at Central Missouri State University, the Conservatoire National de Region de Nice (France), culminating in a Master’s Degree at the New England Conservatory of Music. Additional training has included study at Oberlin Conservatory, extensive work with practitioners involved in Estill voice research, and collaboration with Boston medical professionals in the care and training of the professional voice.

Much of Lee’s work as a voice teacher has focused on integrating discoveries from emerging voice science with traditional vocal techniques deriving from the Bel Canto traditions, allowing the contrast of these fields to sharpen our focus on the most efficient and healthy methods of training singers. This has been particularly effective in refining methods of training the male voice (especially the modern tenor voice) and musical theater singing styles (including authentic "belt"). Lee has been a strong advocate of teacher training programs that serve to assist singers of all styles of music in identifying and preventing vocal dysfunction, and promoting vocal health and longevity in the broader vocal community.

Students of Mr. Lee have been featured in various Professional, Collegiate and Community productions, including venues such as the Wellesley Symphony Orchestra, North Shore Music Theater (Beverly, MA) and the “GLEE” television series. International singers he has trained come from diverse regions, and include the prestigious Takarazua Revue of Japan. His students have been accepted for admission at schools including Berklee College of Music, Boston Conservatory, Cincinnati Conservatory of Music, Eastman School of Music, Hartt School of Music, Manhattan School of Music, University of Massachusetts Amherst, and New England Conservatory, as well as the University of Michigan Summer Musical Theatre Workshop.