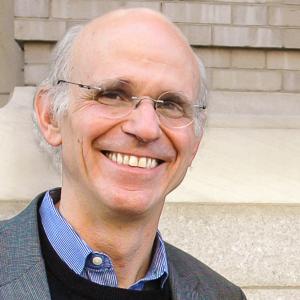 Educator, conductor, and cellist Mark Churchill is Dean Emeritus of New England Conservatory’s Department of Preparatory, which he led for 31 years. During his leadership of the Preparatory School, the program became known as one of the best of its kind in the nation, emphasizing serious, professional training for the pre-college student in addition to numerous community-based programs and local, national, and international partnerships.

As a cellist Churchill has appeared as soloist, recitalist, and chamber music player throughout the United States and on tours of South America. He has also appeared in Seoul, Hong Kong, and Taiwan with the Trio Pro Musica.

Churchill is widely known as a conductor in New England and abroad. He has been Associate Conductor of the Boston Ballet since 1992, and is the founder and Music Director of Symphony Pro Musica, Worcester's Salisbury Lyric Opera, and the Salisbury Chamber Orchestra. He has also led the New Zealand National Youth Orchestra in its annual gala concert. He is the founder and vice president of the Youth Orchestra of the Americas, established in 2002, which draws gifted young musicians from throughout North and South America. For eleven years he served as Resident Conductor and Faculty Chairman of the Asian Youth Orchestra in Hong Kong, a pan-Asian organization founded by the late Sir Yehudi Menuhin.

Churchill has been an active advocate for the improvement and expansion of music education programs in American schools. He currently serves as director of El Sistema USA, the advocacy and service organization for American programs that emulate the renowned Venezuelan model of social development through music. In 2005, Churchill spearheaded the signing of the "Friendship Agreement" between New England Conservatory and Venezuela's massive El Sistema youth orchestral training program—planting the seeds for NEC's close relationship to that program.

Churchill serves on the boards of a number of non-profit organizations, including some closely affiliated with NEC: Project STEP, a pre-professional support program for string students of color; the Conservatory Lab Charter School, a K-5 public inner-city elementary school offering a music based curriculum; the Walnut Hill School, an independent school for serious high school age art students; and the Youth Orchestra of the Americas. Churchill also serves on the board of the Berkshire Institute for Theology and the Arts.

Churchill was married to violinist and educator, the late Marylou Speaker Churchill. He resides in Newton, Massachusetts, with their twin daughters.