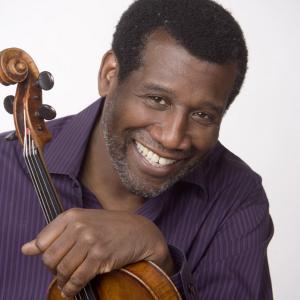 Marcus Thompson has taught at NEC since 1983. Also a member of the faculty at the Massachusetts Institute of Technology since 1973, in 2015 that school awarded Thompson its highest honor, the title of Institute Professor.

Thompson has earned critical acclaim since his New York recital debut in 1968 as winner of the Young Concert Artists International Auditions. He has since performed as soloist with the Boston Pops, the Chicago Symphony Orchestra, the Cleveland Orchestra, the National Symphony, the Atlanta Symphony, the St. Louis Symphony, and the Philadelphia Orchestra. As a recitalist, he has appeared in series throughout the Americas, including New York’s Carnegie Recital Hall and Metropolitan Museum, Boston’s Isabella Stewart Gardner Museum, Minneapolis’s Orchestra Hall, San Francisco’s Herbst Theater, Teatro Nacional in the Dominican Republic, Terrace Theater at The Kennedy Center, and the National Gallery in Washington, D.C.