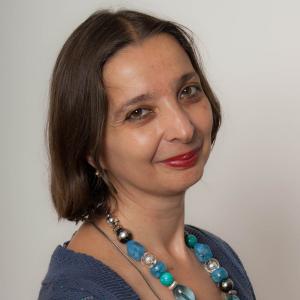 Lilit Karapetian-Shougarian has performed extensively in her native Armenia and the former Soviet Union, as well as internationally. Her solo appearances and frequent contributions to a number of ensembles have won acclaim from the renowned authorities in the musical world, including praise from Paul Badura Skoda, Mikhail Pletnev and Daniel Pollock. After finishing the Tchaikovsky Music School in Yerevan under the guidance of Professor E. Tandilian Lilit Karapetian-Shougarian graduated with honors from the graduate piano class of Professor Lev Vlasenko and Mikhail Pletnev at the Moscow Conservatory. Among the highlights of her performing and teaching career are the prize at the Transcaucasian Music Competition in 1981 and the professorship at the Yerevan State Conservatory, where she taught a piano class and also the methods of piano teaching from 1988 to 2005. From 1986 to 1988 Lilit Karapetian-Shougarian also assisted Professor Lev Vlasenko in his piano class at the Moscow Conservatory.

Lilit Karapetian-Shougarian is at home both with the classical and modern repertoire. Her spirited interpretations of Rakhmaninov, Liszt, Chopin, Debussy and Olivier Messian invariably fascinate the public. Lilit Karapetian-Shougarian has had an impressive number of solo recitals in Syria, Jordan, the United States, Great Britain, Italy and Argentina. In 1994 she was invited to perform in the prestigious Grande Finale concert together with Ann Shein, a world-famous pianist, at the Kennedy Center in Washington D.C. Her 1995 recital at the Washington Arts Club and a series of concerts in Buenos-Aires and Cordoba in 1996 were highly praised by international press and the local musical circles.

Lilit Karapetian-Shougarian also performed with the Arlington Symphony and the Williamsburg Symphony orchestras. Her most recent recitals with the Armenian Philharmonic Orchestra featured Mozart’s Concerto # 23 (A-Major) and Saint-Saens’s concerto #2 (g-minor). In 2006- 2007 she had solo recitals in Venice, in the National Museum of Musical Instruments in Rome and Teatro di Marcello of Rome. In March 2013 Lilit Karapetian-Shougarian had a master class and guest artist gala concert at Bridgewater State University, Department of Music. Since April 2013 she has also started collaborating and performing with Levon Chilingirian, a world- renowned violinist from London, UK. Lilit performed a solo recital at New England Conservatory’s Jordan Hall in 2016, where she premiered V. Sargsyan’s new arrangements of Komitas songs. She is committed to promoting contemporary music and is a frequent participant in Contemporary Musical Seminars.