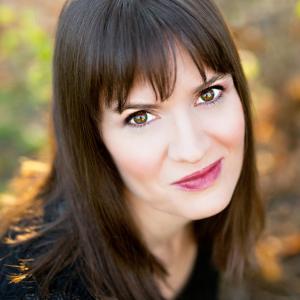 “One of the brightest stars in her generation of composers” (Audiophile Audition), Kati Agócs writes music that delivers visceral power and otherworldly lyricism with soulful directness and has served on New England Conservatory’s composition faculty since 2008. Her diverse and growing body of works has often been praised for its elegance and emotion and is performed by leading musicians worldwide. The Boston Globe calls it “music of fluidity and austere beauty…with a visceral intensity of expression.” The New Yorker has praised its “elemental strength and generous lyricism,” while the New York Times has called it “striking…her vocal music has an almost 19 th-century naturalness.” A recent Guggenheim Fellow, Kati Agócs is also a winner of the prestigious Arts and Letters Award, the lifetime achievement award in music composition from The American Academy of Arts and Letters and is a double nominee for Classical Composition of the Year in the Juno Awards, the Canadian version of the Grammy Awards.

As part of its Composer Portraits series, Miller Theatre in New York presented a Kati Agócs portrait concert in December 2021 in collaboration with Third Sound ensemble and vocalist Lucy Dhegrae. In The New York Times, Zachary Woolfe wrote of the Voices of the Immaculate: “For once, singing of complete and utter clarity…a simmering new cantata, conceived with transparency as a first principle…entirely, word for word, lucid…her text demands to be heard, and is.” Other recent and upcoming premieres include a Horn Concerto for James Sommerville co-commissioned by a consortium of five orchestras in the U.S and Canada, a choral piece commissioned by Boston’s Emmanuel Music in celebration of their Fiftieth Anniversary, and a Piano Concerto for Nicolas Namoradze, commissioned by the Esther Honens International Piano Competition. Her music has been commissioned and performed by many premier ensembles and organizations including the Toronto Symphony, the Boston Symphony Chamber Players, the Vancouver Symphony Orchestra, the Minnesota Orchestra, Symphony Nova Scotia, Ensemble Reconsil Vienna, Lontano, the Albany Symphony Orchestra, the Jupiter String Quartet, the Claremont Trio, Hub New Music, Continuum, Da Capo Chamber Players, Ensemble Contemporain de Montreal, the New Juilliard Ensemble, and the multiple Grammy- award winning ensemble Eighth Blackbird, who toured the U.S. with Immutable Dreams.

Among her other recent works, Imprimatur (String Quartet #2) opened the Aspen Music Festival in 2018 as a joint commission from the Aspen Music Festival and School, the Harvard Musical Association, and the Krannert Center/University of Illinois for the Jupiter String Quartet, and her Concerto for Violin and Percussion Orchestra, commissioned by the Fromm Music Foundation at Harvard University, was premiered by Nicholas Kitchen and the New England Conservatory Percussion Ensemble, conducted by Frank Epstein. She is a 2022 nominee for Classical Composition of the Year in the Juno Awards, the Canadian version of the Grammy Awards, for Concerto for Violin and Percussion Orchestra. She was also nominated in 2017 for The Debrecen Passion, a work for chorus and orchestra with texts by Szilárd Borbély, premiered by Lorelei Ensemble and Boston Modern Orchestra Project. The Boston Globe named the eponymous album, on which Kati Agócs also performed as a soprano soloist, one of the Top Ten Classical Recordings of 2016. In the United Kingdom, MusicWeb International named it a 2016 Recording of the Year. Gramophone Magazine praised the “penetrating individuality” of the music on the album, calling the title track “an iridescent wonder.”

As part of a curatorial residency with Metropolis Ensemble in the Bowery on New York’s Lower East Side, her concert series A Stone’s Throw showcased chamber music by Kati Agócs together with new works by emerging composers, including several commissions that she organized. Other recent commissions include the piano trio Queen of Hearts, commissioned by Chamber Music Northwest for the Claremont Trio; Rogue Emoji, a mixed quartet for Boston’s Hub New Music; Ambrosiana, a work for solo piano commissioned by the Sioux City Symphony Orchestra as a competition piece for the Iowa Piano Competition; Devotion, commissioned by the Boston Symphony Orchestra for the Fiftieth anniversary of the Boston Symphony Chamber Players; and Perpetual Summer for the Fiftieth Anniversary of the National Youth Orchestra of Canada, for which she was Composer-in-Residence. A portrait concert of works by Kati Agócs was recently presented in Boston’s Jordan Hall by Hub New Music and guest artists; The Boston Musical Intelligencer cited “stunningly varied works that clearly emerge from a single personality…a distinct voice that is challenging without being elusive…an unshakable emotional core.” She contributed a violin piece to Jennifer Koh's Grammy-winning album Alone Together.

Awards and honours include the Charles Ives Fellowship and Charles Ives Scholarship from the American Academy of Arts and Letters, an inaugural Brother Thomas Fellowship from The Boston Foundation, fellowships from the Massachusetts Arts Council and New York Foundation for the Arts, the ASCAP Leonard Bernstein Fellowship at the Tanglewood Music Center, a Fulbright Fellowship to the Liszt Academy in Budapest, a Jacob K. Javits Fellowship from the U.S. Department of Education, and awards from the Aaron Copland Fund and the Presser Foundation. Residencies include the MacDowell Colony, Yaddo, and the Virginia Center. She has served as a Composer-in-Residence with the Charles Ives Music Festival, Bowdoin International Chamber Music Festival, Chelsea Music Festival, Great Lakes Chamber Music Festival, and the National Youth Orchestra of Canada for their Fiftieth Anniversary season, and as a guest composer at the Oberlin Conservatory of Music. Born in Canada of Hungarian and American parents, Kati Agócs earned doctoral and master's degrees from the Juilliard School, studying with Milton Babbitt. She is also an alumna of the Tanglewood Music Center, The Aspen Music School, Sarah Lawrence College, and Lester B. Pearson College of the Pacific (United World Colleges). Her scores are distributed internationally by Theodore Front Musical Literature. 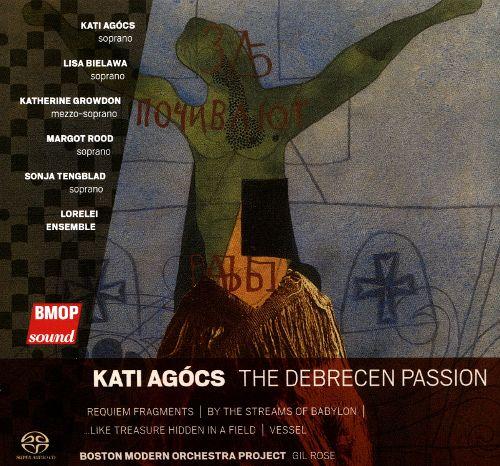