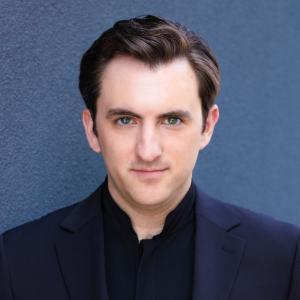 Composer, conductor, and multi-instrumentalist Joseph Bozich seeks to build shared musical experiences that connect audiences to the vast inner universe of western classical music. Hailed as "quite musical and effective" (Classical Voice North Carolina), Bozich currently serves as Artistic Advisor and Assistant Conductor to the Boston Youth Symphony Orchestra (BYSO), as well as a teaching assistant to the Harvard-Radcliffe Orchestra. He has recently been assistant conductor with Opera Neo and Pittsburgh Festival Opera, and appeared as a guest conductor with numerous orchestras, including the HUST Symphony Orchestra (Wuhan, China), Spectrum Orchestra, Octava Chamber Orchestra, and Lake Union Civic Orchestra. Additionally, he served as a conducting fellow at Eastern Music Festival and Miami Music Festival, and has appeared in masterclasses at the Richmond Symphony, Berlin Sinfonietta, and the Los Angeles Conducting Institute.

Bozich's compositions, heard across the United States, seek a balance between kinetic musical geometries, operatic intensity, and introspective spirituality. Upcoming premieres include a work for two saxophones commissioned by Kenneth Radnofsky and a new work for clarinetist Andrew Friedman. Recent highlights include the premiere of the Two Wilde Poems, a commission for the Boston-based soprano and string bass Departure Duo. His work Babel, for saxophone quartet, was the winner of the Donald Sinta Quartet's 2014 commissioning competition; it received its premiere in Carnegie Hall as part of the group's Concert Artist Guild competition winner's recital. The work can be heard featured on their debut album, Collider. Other commissioners include Latitude 49, Admiral Launch Duo, Octava Chamber Orchestra, and the University of Puget Sound Wind Ensembles. In 2012, Bozich was a composition fellow at Brevard Music Festival.

Trained as both a classical saxophonist and pianist, Bozich currently splits his time between the instruments. As a saxophonist, Bozich was the winner of the Beatrice Herrmann Young Artist Competition (2012), a two-time national finalist in the MTNA Young Artist Solo Competition (2011/2013), as well as winner of the University of Puget Sound Concerto Competition. While Bozich was a member of the Puget Sound Saxophone Quartet, the group won first prize in the Seattle Ladies' Musical Club Chamber Music Competition, and took 3rd Place at the MTNA National Chamber Music Competition. As a collaborative pianist, he has music directed opera scenes and accompanied singers at Opera Neo and Pittsburgh Festival Opera, in addition to keeping a regular schedule of private coaching and recitals.

Bozich holds a Masters of Music in Orchestral Conducting from the University of Michigan, where he studied with Kenneth Kiesler, and a Bachelors in Music Education from the University of Puget Sound. His composition teachers include Bright Sheng, Efstratios Minakakis, and Robert Hutchinson. He studied saxophone with Fred Winkler and Donald Sinta. In Fall 2021, he joins the faculty of the New England Conservatory, where he will teach Music Literacy and Musicianship.