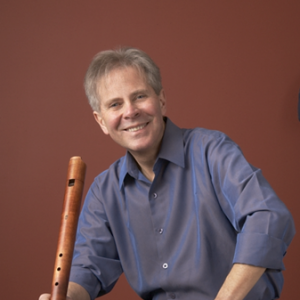 John Tyson is a winner of the Bodky International Competition, the Noah Greenberg Award, and a former student of Frans Brüggen. He has appeared as soloist in Italy, France, Germany, Spain, England, Scotland, Chile, Canada, Japan, Taiwan, and Australia and throughout the United States as well as with major ensembles in Europe and the U.S.

Tyson has recorded for Erato, Harmonia Mundi, Sine Qua Non, Titanic, and Ventadorn Records, and with Boston's Handel & Haydn Society under Christopher Hogwood. His solo CD Something Old Something New features baroque and contemporary music for recorder and strings. Carols for Dancing is a collaboration between Renaissonics and WGBH Public Radio, and his latest project is a contemporary Pop/Latin/Rock CD composed and produced by jazzman Steve Tapper. Through a collaboration with the American Recorder Society and the National Endowment for the Arts, Tyson has also produced an instructional video for recorder teachers entitled Recorder Power!

In addition to teaching at NEC, Tyson is on the faculty of the Corso Internazionale di Musica Antica in Urbino, Italy. He has been Chairman of the Department of Historical Performance at Boston University, is an Emerson Instructor at the Massachusetts Institute of Technology, has twice been Artist in Residence at Northeastern University, and has taught at the University of Connecticut, the National Center of Afro American Artists, the Museum of Fine Arts, Boston, and the Boston Symphony Orchestra's Tanglewood Institute.

"Tyson is a master of the instrument, with brilliant and assured technical accomplishments that, matched with a high musicality and easy platform personality, made for sheer listening pleasure" —The Canberra Times