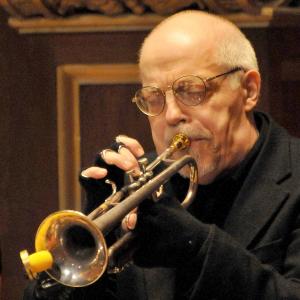 John McNeil is one of the most influential trumpet players of his generation. He first gained widespread recognition as a member of the Horace Silver Quintet in the late 1970s, touring Europe and North America. McNeil worked with the Thad Jones/Mel Lewis band, the Gerry Mulligan Concert Jazz Band, and has performed wtih Art Pepper, Milt Hinton, and many others. In 2016, his body of work was recognized by the Award of Recognition at the Festival of New Trumpet Music in New York.

McNeil has lead his own groups since 1978, touring Europe, North America, and Australia. His nine recordings for the SteepleChase label feature such players as Dave Liebman, Billy Hart, Tom Harrell, and Richie Beirach. He has counted Mulgrew Miller, Hal Galper, Rufus Reid, and saxophonist Bill Evans among his sidemen on live dates. In the mid-1990s, McNeil formed a unique group with saxophonist Kenny Berger, recording the critically acclaimed CDs Hip Deep and Brooklyn Ritual.

In recent years, McNeil has also been in increasing demand as a writer, record producer, and arranger, both for big bands and small groups, in a wide variety of musical styles.

A member of the NEC faculty since 1981, he has a reputation for encouraging his students to establish an emotional connection to their playing, and to develop a strong personal style.

Flexus: Trumpet Calesthenics for the Modern Improvisor (with Laurie Frink)