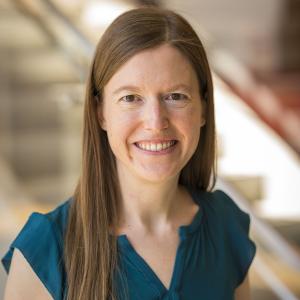 Jill Gatlin began teaching at NEC in 2008, after completing her PhD and teaching in the Department of English, the Program on the Environment, the Interdisciplinary Writing Program, and the Educational Opportunity Program at the University of Washington. Her teaching interests include interdisciplinary study of literature, art, and music, with particular emphases in American and minority literatures; theories of reading and empathy; romanticism, modernism and postmodernism; visual and literary landscapes; and cultural and environmental studies topics such as environmental justice, consumption and waste, race and nation, and gender and sexuality. She is dedicated to exploring the aesthetic pleasures, interpretive insights, and ethical prospects that may emerge from critically and creatively understanding and imagining the world through language and image. In the classroom, she aims to help students become confident critical thinkers, readers, writers, and speakers and to facilitate their discovery of the problems and possibilities of language, literary and visual texts, and cultural contexts. Gatlin has contributed to curriculum development projects including the Washington Center’s Curriculum for the Bioregion and Colorado State University’s 100 Views of Climate Change.

Gatlin’s research examines intersections of literature, visual culture, and environmentalism. Her book in progress, Reading Toxicity: Hierarchical Hazard, Audience Disturbance, and Narrative Form in American Literature, traces a history of narratives of pollution and toxicity from the nineteenth century to the present, examining the ways that writers disturb conventional empathic and identificatory reading practices to promote social action and environmental justice. Her publications include:

“The Potential and Limitations of Interactivity in Gary Snyder’s Urban Literary Ecology.” Toward a Literary Ecology: Places and Spaces in American Literature. Ed. Karen Waldron and Rob Friedman. Scarecrow/Rowman & Littlefield, 2013. 3–19.

“An Epistemology of the Everyday: Occupational Health and Environmental Justice in Hubert Skidmore’s Hawk’s Nest.” Literature and Medicine 27.2 (2008): 153–175.

“‘Experience is all we have’: Postpositivist Realist Ethics in Terry Tempest Williams’s Refuge: An Unnatural History of Family and Place.” A Wilderness of Signs: Ethics, Beauty, and Environment after Postmodernism. Ed. Joseph Jordan. Newcastle, UK: Cambridge Scholars, 2006. 173–188.