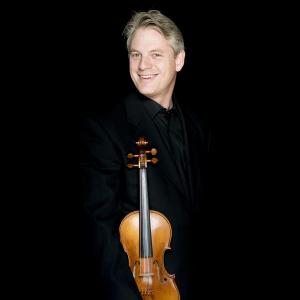 Violinist Jason Horowitz has been a member of the Boston Symphony since 2006, where he has worked with every major conductor of our time and participated in many international tours. As soloist, recitalist and chamber musician he has appeared across North America, Europe and Asia. A frequent guest soloist of the Boston Ballet, he performed the concerto of Peteris Vasks with choreography by Peter Martins, a series of Corelli violin sonatas, and most recently eighteen performances of the Stravinsky Violin Concerto with choreography by Balanchine. Horowitz’s penetrating interpretations make him an “assured, eager advocate” (The Boston Globe) of composers of all eras. The Boston Herald described his playing as “eloquent, persuasive, and, of course, wonderfully adept.” The Boston Musical Intelligencer noted his “exquisitely self-controlled and lyrical ….subtle and delicate” approach to Debussy.

His many appearances in Boston’s renowned Jordan Hall have included solo recitals, concertos ranging from Bach to Schnittke, chamber music, and several world premieres, including a “serene, limpid-toned performance” (The Boston Globe) of the violin concerto by Donald Sur.

Horowitz’s formative mentor was Philipp Naegele, one of the founders of the Marlboro Festival and a member of the Vegh Quartet. From the age of sixteen, he began working closely with the legendary Louis Krasner, beginning with the Berg Concerto and eventually including the Schoenberg Concerto. Horowitz received New England Conservatory’s highest honor, the Artist Diploma, in 1996, as a student of Masuko Ushioda. He continued studies in Germany with Christoph Poppen, joining the Munich Chamber Orchestra shortly thereafter, with whom he toured Asia, the United States and all of Europe.

As guest concertmaster Horowitz has appeared with the BBC Symphony, Baltimore Symphony, the Hartford Symphony and the Rochester Symphony. From 2001 - 2005 he was concertmaster at the Breckenridge Music Festival, where he also performed concertos by Tchaikovsky, Beethoven, Mozart, and Berlioz’s Rêverie et Caprice.

Other solo engagements have included the Mendelssohn Concerto in the Czech Republic, the Menotti Concerto with the Charleston Symphony, and concertos of Barber, Mozart, Beethoven, Bach, Chausson, and Brahms with orchestras in the Boston area.

An esteemed educator, Horowitz teaches orchestral repertoire to violin majors at New England Conservatory, and also created a class in orchestral interpretation centered on the Beethoven Symphonies. He coaches the violins of the NEC orchestras and is a budding conductor. Mr. Horowitz is sought after as a private teacher as well.