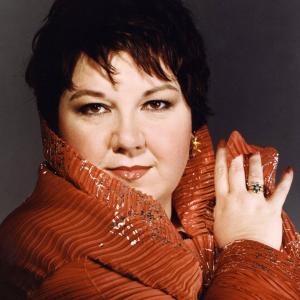 Eaglen has enjoyed one of the most formidable reputations in opera for the past two decades. Her performances of roles such as Isolde in Tristan und Isolde, the title roles in Puccini’s Turandot, Bellini’s Norma, and Strauss’s Ariadne auf Naxos, Brünnhilde in Wagner’s Der Ring des Nibelungen have earned her acclaim on stages of the leading opera houses of the world, including the Metropolitan Opera, Lyric Opera of Chicago, San Francisco Opera, Royal Opera House, Covent Garden, Teatro alla Scala, Vienna State Opera, and l’Opera National de Paris.

Eaglen’s extensive discography includes a number of solo albums for Sony Classical: “Arias by Wagner and Bellini:” “Arias by Strauss and Mozart;” “Strauss’ Four Last Songs” (which includes Wagner’s Wesendonck Lieder and Berg’s Seven Early Songs), and “Italian Opera Arias.” The complete recording of Wagner’s Tannhäuser conducted by Daniel Barenboim for Teldec earned her a Grammy Award. She may also be heard in recordings of Mahler’s Symphony No. 8 conducted by Riccardo Chailly for Decca, Beethoven’s Symphony No. 9 conducted by Claudio Abbado for Sony Classical, Tosca for Chandos, Norma conducted by Riccardo Muti for EMI, and the title role in Medea in Corinto for Opera Rara. Her voice is also featured on Sony Classical’s soundtrack for the film adaptation of Sense and Sensibility.

While continuing to perform, she is active as a teacher. In addition to her new full-time teaching role at NEC, she is cofounder and artistic director of the Wagner Intensive summer program held at Baldwin-Wallace University Conservatory of Music. She has also served as Senior Artist in Residence at the University of Washington School of Music, Principal Vocal Instructor for the Young Artist Program of the Seattle Opera, teaches periodically at the Cardiff International Academy of Voice, and returns annually to teach and mentor young artists for the Merola Program at the San Francisco Opera.