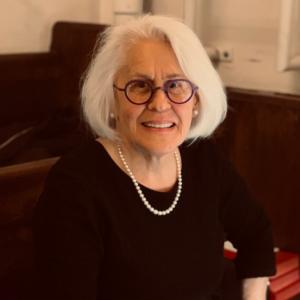 Frances Conover Fitch has toured extensively in North America and Europe, and recorded for Swiss, German, Dutch, and French National Radio as well as for the BBC and NPR. Her ensemble, Concerto Castello, won critical acclaim as well an Honorable Mention in the Deutsche Schallplatten Preis of 1983. Widely sought-after as a particularly sensitive and inventive continuo player, she has performed with NYS Baroque, Cantata Singers, Emmanuel Music, Aston Magna, Boston Cecilia, Handel and Haydn Society, Concerto Palatino, the Boston Camerata and the Harvard-Radcliffe Collegium Musicum.

Ms. Fitch has presented solo recitals at the Smithsonian Institution, the American Church in Paris, and the Boston Museum of Fine Arts, and has participated in major music festivals, including the Festival d'Art Lyrique/Aix-en-Provence, Pepsico Summerfare, Tanglewood, Octobre en Normandie, Boston Early Music Festival, Tage Alter Musik (Regensburg), the Castle Hill Festival and the Festival de Musica Antigua in Mexico City, where she also gave master classes at the National Conservatory. She has recordings on the EMI-Reflexe, Titanic, Harmonia Mundi, Koch International and Wild Boar labels On her recent Centaur release, Protégée of the Sun King: Music of Elisabeth-Claude Jacquet de la Guerre, she is joined by a number of distinguished colleagues.

Formerly on the faculty at the Schola Cantorum Basiliensis and at Wellesley College, she now teaches at Tufts and Brandeis Universities and at the Longy School of Music, where she is Chair of the Early Music Department and instructor in harpsichord, organ, chamber music, figured bass improvisation and bibliographic research. Ms. Fitch has degrees from Bard College and New England Conservatory, and did post-graduate work at the Sweelinck Conservatorium in Amsterdam, where she studied with Gustav Leonhardt and Veronika Hampe. Her playing has been praised as “delightful,” “perceptive,” “alluring,” “spirited,” “stylish” and “spectacular,” and noted for its “precision and delicacy of wit.”