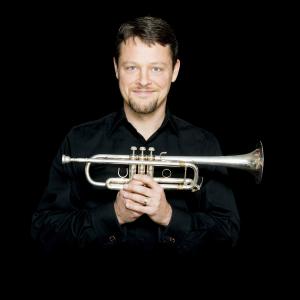 Benjamin Wright joined the Boston Symphony Orchestra trumpet section in July 2002 as fourth trumpet. From 2006 to 2009, he was acting assistant principal trumpet of the BSO, and in 2010 became second trumpet of the BSO, where he occupies the Arthur and Linda Gelb Chair.

Wright began playing the violin at age three, and the trumpet when he was ten. He hails from a long line of musicians going back to his great-grandfather, a bandleader and cornetist in Buffalo Bill Cody’s Wild West Show. Wright studied at the Interlochen Arts Academy and received his bachelor's in music at the Cleveland Institute of Music. In 1996 Wright won the International Trumpet Guild and National Trumpet competitions, as well as the Cleveland Institute of Music Concerto Competition, and was awarded the Bernard Adelstein Prize for trumpet performance upon graduating in 1997.

Following two years as a member of the Kennedy Center Opera House Orchestra, Wright spent two years as fourth trumpet in the Chicago Symphony. He has performed with the National Symphony Orchestra, the New York Philharmonic, and the Tanglewood Music Center Orchestra. His appearances as guest principal trumpet with the San Francisco Symphony included performances of Mahler's Eighth Symphony.

Benjamin Wright has given masterclasses at the Manhattan School of Music and Interlochen Center for the Arts, and has been a faculty member for the Bar Harbor Brass and the National Orchestral Institute.