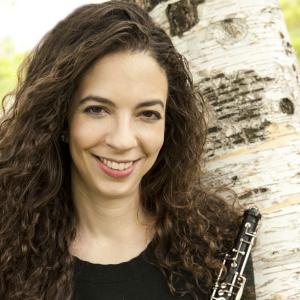 Amanda Hardy, oboist, studied with Boston Symphony Orchestra principal oboist John Ferrillo at the New England Conservatory (NEC), where she received the Gillet Scholarship and Tourjée Alumni Scholarship Award.  She was winner of the 2010 Borromeo String Quartet Guest Artist Award Competition and also has appeared as soloist with the Boston Pops in Symphony Hall (2009), the NEC Bach Ensemble, the Drake Symphony Orchestra, and the Des Moines Youth Symphony at age 16. In 2006, Amanda won the grand prize for Iowa’s Bill Riley Talent Search, giving her state-wide televised recognition. Recently, she has been guest principal oboe with the Boston Pops, Boston Philharmonic, A Far Cry Chamber Orchestra, Emmanuel Music, and the Des Moines Symphony, and frequently plays with the Boston Symphony, the Boston Pops, and the Boston Pops Esplanade Orchestra. She is on the faculty of New England Conservatory Preparatory School, teaches at Northeastern University, and has several years of private teaching experience on both oboe and piano. Amanda holds a Bachelor of Music in oboe with a piano minor from Drake University and a Master of Music and Graduate Diploma from NEC. Previous festivals include the Masterworks Festival, the Aspen Music Festival and School, and Tanglewood Music Center in 2010 and 2011 where she was awarded the Mickey L. Hooten Memorial Award both summers. Her principal teachers include John Ferrillo, Marilyn Zupnik, and Jay Light.