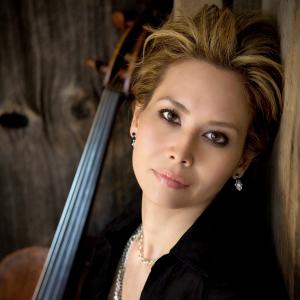 Cellist Allison Eldredge, a recipient of the coveted Avery Fisher Career Grant and Musical America's “Young Artist of the Year”, has played widely nationally and internationally, from London to Moscow to China and Berlin.  She has been called “a cellist afraid of nothing” (Chicago Times) with “virtuosity wholly at the service of the music” (American Fanfare).  She gained national attention when Daniel Barenboim invited her to give the first performance of the Elgar concerto which he conducted years after the death of his wife, the celebrated cellist Jacqueline Du Pre.

As a teacher, Ms. Eldredge has taught the next generation for the past 25 years. She has been teaching cello and chamber music of all levels from beginners to competition winners at New England Conservatory since 2000. She has taught at Harvard University from 2008-11. Her students have been accepted at every major University and Every Ivy League school as well as the top conservatories in the nation and internationally including the Juilliard School, New England Conservatory, Peabody Institute of Music at John Hopkins University, Eastman, Mannes, Manhattan School of Music, Cleveland Institute of Music, Royal College of Music (U. K. ), Royal Academy of Music (U.K.), Royal Northern College of Music (U.K.), Boston Conservatory at Berklee and many others. Ms. Eldredge has given masterclasses at Universities and Schools across the country and has visited more than 100 schools in support of music education in communities with greater needs.

Exceptional distinctions include a critically-acclaimed sold-out debut as soloist at Carnegie Hall with the Warsaw Sinfonia and legendary Polish Composer Krzysztof Penderecki at the baton, a command performance at the White House and a special performance in tribute to cellist Pablo Casals at the Casals Festival in Puerto Rico.

Last season, Ms. Eldredge performed “Tales of Hemingway”, a concerto for cello and orchestra composed in 2015 by the American composer Michael Daugherty, inspired by the writings of American writer Ernest Hemingway with the Portland-Columbia Symphony, the Arkansas Philharmonic and the North Mississippi Symphony Orchestra and Music Director, Steven Byess.

A champion of living composers, Ms. Eldredge has toured North America, Europe and Israel with composer Krzysztof Penderecki performing his Viola Concerto transcribed for cello and orchestra. In 2013, she performed his Concerto Grosso No. 1 for 3 Cellos as first cellist with the composer at the podium in Poland. In New York in 2008, she performed in an acclaimed concert celebrating American composer Paul Schoenfield's works with the composer present. She has personally collaborated with composers Leon Kirchner, Shigeaki Saegusa, Lukas Foss, Marc O' Connor, Andy Vores and performed the works of many other living composers including Joan Tower, Bright Sheng, George Crumb and Ellen Taaffe Zwillich.

A passionate leader of music education, in 2011, Ms. Eldredge Founded the Foulger International Music Festival, a 4-week summer music camp in New Jersey  promoting performance and career development for young musicians supported by the Sid and Mary Foulger Family Foundation. She also served as Artistic Director of the Killington Music Festival in Vermont from 2004-2011.

Ms. Eldredge maintains a private teaching studio in Massachusetts and Connecticut. She studied at the Juilliard School and the Pre-College Juilliard School. Her teachers were Harvey Shapiro, Eleanore Schoenfeld and Yo Yo Ma. Additional teachers have included Felix Galimir, Ardyth Alton, Joan Lunde and Mstislav Rostropovich.