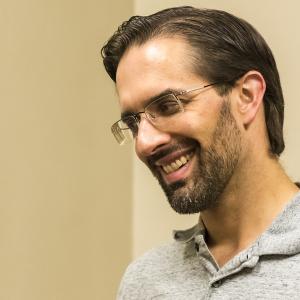 Alexei Doohovskoy is an active New England area freelance trombonist and music educator. He is a member of both the Rhode Island Philharmonic and the Orchestra of Indian Hill. He has performed with the Boston Symphony and Pops Orchestras, the Boston Lyric Opera, the Boston Ballet, the Boston Landmarks Orchestra, the Boston Modern Orchestra Project, the Springfield Symphony, and the Portland Symphony.  As a chamber musician, he has toured nationally and internationally with the Empire Brass Quintet. Mr. Doohovskoy has earned fellowships from the New World Symphony in Florida, the Aspen Music Festival in Colorado, and the Norfolk Chamber Music Festival in Connecticut. He has been a featured soloist with the Northeast Pennsylvania Philharmonic, the U.S. Air Force Band, the Sounds of Stow Festival Orchestra, the Lynn University Symphony, and the Brown University Wind Symphony.

Mr. Doohovskoy currently serves on the faculties of Brown University and Rhode Island College. He has been an adjudicator for both the Junior and Senior District Festivals of the Massachusetts Music Educators Association. Since 2009, he has directed a unique summer trombone choir program in Concord, Massachusetts combining the talents of players from around New England.

Mr. Doohovskoy holds a Master of Music degree from New England Conservatory and a Bachelor of Arts degree from Brown University.