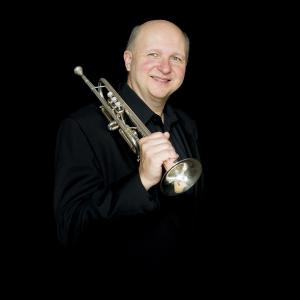 Thomas Rolfs is principal trumpet of the Boston Symphony Orchestra and the Boston Pops. He joined the BSO trumpet section in 1991, serving first as fourth trumpet and later as Associate Principal Trumpet.

As a student, Rolfs was a Tanglewood Music Center Fellow in 1978, going on to earn his Bachelor of Music Degree from the University of Minnesota, and a Master of Music degree from Northwestern University. He returned to Minnesota in 1986 for a five-year tenure with the Saint Paul Chamber Orchestra.

Rolfs has been a soloist with the Boston Symphony, the Boston Pops Orchestra, and the Saint Paul Chamber Orchestra.   At John Williams's request, he was a featured soloist on Williams's Grammy-nominated soundtrack to the Academy award-winning film Saving Private Ryan.

His varied musical background includes performances with the Minnesota Orchestra, the Vienna Philharmonic, the Empire Brass, the Saint Petersburg Philharmonic, the Lyric Opera of Chicago, and the American Ballet Orchestra, as well as teaching at New England Conservatory and Boston University.

On July 4, 2001, Rolfs was soloist in John Williams's Summon the Heroes for the nationally televised Boston Pops concert on the Esplanade.