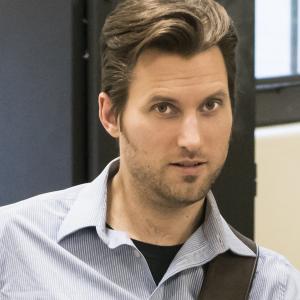 An experienced performer and award-winning composer, Nick Grondin has presented his music to audiences throughout the U.S. and Europe, including France, Germany and Spain.

He can regularly be heard performing with some of the Boston Area’s finest musicians and has performed concerts with major artists from jazz legend Bob Moses to the Pop/Opera supergroup Il Divo.

He leads the Nick Grondin Group, which performs compositions for septet regularly in the Boston area and New York. Their innovative sounds and artfully-filmed live videos can be heard/viewed via YouTube.com.

Grondin composes works for large and small jazz ensembles. His pieces for jazz orchestra have received awards such as 2008, 2009 and 2011 ASCAP Young Jazz Composer Awards, the 2008 Down Beat Magazine Student Music Award for Best Arrangement of Strawberry Fields Forever, and the 2007 Down Beat Award for Best Extended Jazz Composition.

In 2008, Grondin launched the Nick Grondin Jazz Orchestra and released his debut CD, SongTeller – The Jazz Orchestra Project in summer 2009 at the Regattabar in Cambridge, MA.

An active educator, Grondin is a guest artist and clinician with community and collegiate big bands and is on the guitar faculty at Brookline Music School and Zumix in East Boston and is a teaching fellow at Harvard University, teaching a jazz harmony class section.

Nick Grondin received his Master of Music in Jazz Studies: Composition from the New England Conservatory of Boston (NEC) in May 2008, where he studied with Jerry Bergonzi, Frank Carlberg, Allan Chase, Michael Gandolfi, and Ken Schaphorst. He has participated in masterclasses with Dave Holland, John Hollenbeck, and Jim McNeely. Before coming to Boston, Nick attended the Edim School of Modern Music in Paris, France and earned his Bachelor of Arts from Macalester College in St. Paul, MN.

In his little spare time, Nick likes to go on walks, cook, travel and sing/play rock and roll and folk tunes on guitar, bass, piano, mandolin, lap steel or drums.