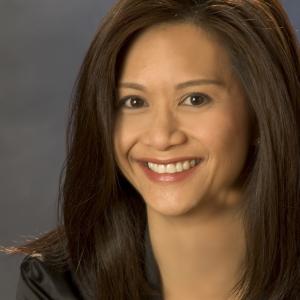 Born in St. Louis, Missouri, Almiron has appeared as a soloist at Kapelle Hall in St. Petersburg and Rachmaninoff Hall in Moscow. She has also appeared as both a solo recitalist and collaborative artist with violinist Silvian Itcovici at the Ethical Society of St. Louis. She has presented solo recitals at the Desmond Lee Concert hall and at Christ Church Cathedral in St. Louis under the auspices of the Shepley Program of Music and Art, and was the first prize winner of the University City Symphony Young Artist Concerto Competition at Washington University in St. Louis.

While a student at New England Conservatory, Almiron was a winner of the piano department's Honors Auditions, which included a performance in Jordan Hall. She also performed as a chamber musician in John Harbison’s Variations for clarinet, violin and piano and as a pianist in the Boston Premiere of Richard Danielpour’s Sonnets to Orpheus for soprano and chamber ensemble. She has also appeared in Jordan Hall as a lecture-recitalist in an NEC music festival.

Almiron has participated in a number of summer festivals, including the Aspen Music Festival; Kneisel Hall in Blue Hill, ME; and the Piano Festival Northwest in Portland, Oregon. She also appeared as a soloist with the Dance Collective at the Tsai Performance center and assisted Yo-Yo Ma in his preparation of the world premiere performances of the Harbison Cello Concerto and the John Williams Cello Concerto with the Boston Symphony Orchestra.

Almiron employs her substantial understanding of modern musical learning theory to create innovative teaching methods that are also well grounded within the classical music tradition. She was invited to present a talk on the revision of Frances Clark’s piano teaching method, the Music Tree, at the NEC Piano Pedagogy Intensive and to present a solo playing demonstration for the Committee on Piano Pedagogy at the World Piano Pedagogy Conference. While studying her master’s degree in piano performance, Almiron completed an independent study with Jean Stackhouse which culminated in a paper titled "On Learning and Practicing: Music and the Brain."

Almiron is an authorized instructor of the Feldenkrais Method Awareness Through Movement lessons. She is continuing her training for certification in the method’s Functional Integration at the Feldenkrais Institute of New York.