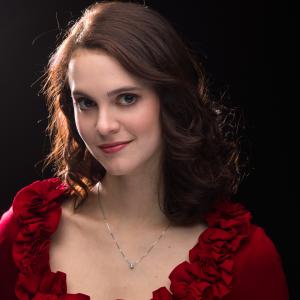 Emily Siar, soprano, hails from Greensboro, North Carolina. She is currently pursuing a DMA in Vocal Performance and Pedagogy at NEC under the tutelage of Carole Haber and Ian Howell.

At the age of twenty, Emily was the youngest of twenty-three Vocal Fellows chosen to attend Marilyn Horne’s prestigious Music Academy of the West in Santa Barbara, California. She was subsequently invited to participate in Ms. Horne's "The Song Continues" Masterclass series at Carnegie Hall, where she was seen on the stage of Weill Recital Hall as a participant in renowned collaborative pianist Dalton Baldwin’s masterclass.

Emily maintains a private studio in Boston, and her students have been accepted to such prestigious institutions as the Berklee College of Music and the Longy School of Music at Bard College.