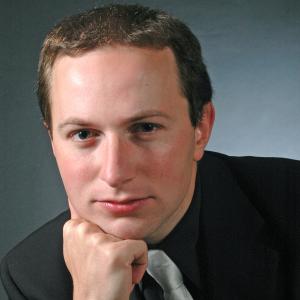 Pianist Constantine Finehouse has been praised by Rhein Main Presse Allgemeine Zeitung, for his "interpretations of depth and maturity." Since receiving his master's in piano performance from Yale University as a student of Boris Berman, he has performed extensively in the U.S. and abroad. Finehouse has played with numerous orchestras in the Boston area and has given a number of solo and chamber music performances in the city's best halls. He is a champion of music by the American composer William Bolcom, whose complete piano solo works he is currently recording for Naxos Records.

Finehouse completed his undergraduate work at the Juilliard School under the guidance of Herbert Stessin and Jerome Lowenthal, and studied with Bruce Brubaker at New England Conservatory. His awards include the Vladimir Horowitz Scholarship from Juilliard, a 2004 St. Botolph Club Foundation Grant and a 2006 Classics Abroad Project Award.