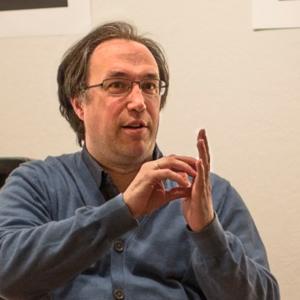 Originally from Belgium, Bert Van Herck trained as a pianist and composer at the Lemmensinstitute in Leuven.

Van Herck’s compositions have received international acclaim, with performances in 12 different countries. His music has been selected for the ISCM World New Music Days in 2009 (Sweden) with Sept Chansons for choir, and 2010 (Australia) with Spectra for ensemble. His catalog includes orchestral works, ensemble and chamber music, and solo works, as well as vocal compositions. He also composes for electronics, such as Inner Friction for flute and live electronics, which was selected to be performed in the EMM Festival in 2010.

Currently Van Herck is working on a violin concerto for the Chamber Orchestra of Mechelen under the direction of Tom Van den Eynde, with Guido de Neve as soloist.