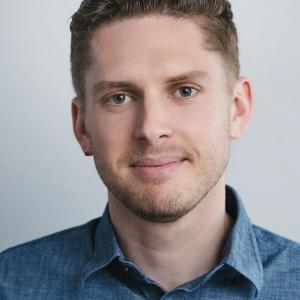 Andrew Worden is a drummer, percussionist, and composer in Boston, MA where he is Faculty & Assistant Dean of Entrepreneurial Musicianship at the New England Conservatory.

As a composer, Andrew's percussion music is programmed frequently at conservatories and universities around the world with recent performances in France, Greece, Germany, Switzerland, Japan, Malaysia, Colombia, and across the United States. His music has been performed by the Paris Percussion Group, the Eastman Percussion Ensemble, and was featured at the Percussive Arts Society International Convention in 2017 and in Carnegie Hall in 2018. As a composer for multimedia, Andrew's original scores can be heard in the documentary Spiritus (Student Academy Awards, finalist) and the children’s book series Yum & Yuk.

Alongside composer Ivan Trevino, Andrew recently started The Big Trouble, a percussion / songwriting collective focused on creating music for percussion and vocals in an indie-rock aesthetic. The Big Trouble was the recipient of an Arts Grant from The Boston Foundation in 2017 and has since released their debut album on Spotify and iTunes.

He currently teaches two courses at NEC: Health & Wellness for Musicians and Grant Writing for Artists, where he has helped students earn more than $100,000 in paid performances and grants. Prior to his appointment at NEC, Andrew was Managing Director of the Mizzou International Composer’s Festival, and a post-graduate intern in Performing Arts Medicine at the Eastman School of Music.

Andrew earned the MM in Percussion Performance and Certificate in Arts Leadership from the Eastman School of Music where he studied with Michael Burritt and Bill Cahn.