This concert is the culmination of the Grow Your Art residency with guest artist Cécile McLorin Salvant. Each small group prepared two pieces but will perform only one. Their choice will be announced from the Jordan Hall stage.

This performance is open to in-person audiences only. A streamed version will be viewable on December 17 at 7:30 p.m. See event listing

Cécile McLorin Salvant is a composer, singer, and visual artist. The late Jessye Norman described Salvant as “a unique voice supported by an intelligence and  full-fledged musicality, which light up every note she sings”. Salvant has developed a passion for storytelling and finding the connections between vaudeville, blues, folk traditions from around the world, theater, jazz, and baroque music. She is an eclectic curator, unearthing rarely recorded, forgotten songs with strong narratives, interesting power dynamics, unexpected twists, and humor. She won the Thelonious Monk competition in 2010, has received Grammy Awards for Best Jazz Vocal Album for her 3 latest albums (The Window, Dreams and Daggers, and For One To Love), and was nominated for the award in 2014 for her album WomanChild. In 2020, Salvant received the MacArthur fellowship and the Doris Duke Artist Award.

Born and raised in Miami, Florida, of a French mother and Haitian father, she started classical piano studies at 5, sang in a children’s choir at 8, and started classical voice lessons as a teenager.  She received a bachelor’s degree in French law from the Université Pierre-Mendes France in Grenoble while also studying baroque music and jazz at the Darius Milhaud Music Conservatory in Aix-en-Provence, France.

Salvant’s latest work, Ogresse, is a musical fable in the form of a cantata that blends genres (folk, baroque, jazz, country). She wrote the story, lyrics, and music, and it is arranged by Darcy James Argue for a thirteen-piece orchestra of multi-instrumentalists. Ogresse, both a biomythography and an homage to the Erzulie (as painted by Gerard Fortune) and Sara Baartman, explores fetishism, hunger, diaspora, cycles of appropriation, lies, othering, and ecology. It is in development to become an animated feature-length film which Salvant will direct. 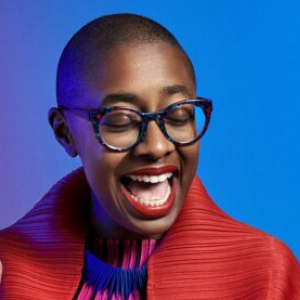 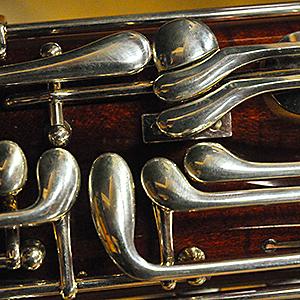 Come learn about the life experiences of female-identifying professionals active in the music world. This Q&A and Panel Discussion will feature the perspectives and lived experiences of President...